Meaning ‘Father of the Gazelle’ in Arabic, Abu Dhabi, was founded when a young antelope led a wandering tribe to fresh water, on an island with no more than 300 palm (barasti) huts, a few coral buildings and the ruler’s fort. This simple island settlement has since been transformed into the modern cosmopolitan city of Abu Dhabi and the high rise capital of the United Arab Emirates.

Today, of the 1.45 million population living in  Abu Dhabi, nearly 1,000 people residing in around 430 households are Dawoodi Bohras.

The Dawoodi Bohra Muslim Community in Abu Dhabi is primarily engaged in business, with many highly qualified and experienced professionals employed in different sectors  including education, medical sciences, information technology, accounting, engineering and the oil and gas industry.

In the 1960s, the first few members of the community established themselves as small time traders on the Najda Street, with a number of them engaged in the trade of hardware and building materials.

As a result of  the tremendous  opportunities fostered by burgeoning economies and the community’s entrepreneurial mindset, Bohras have flourished here as hardworking business people with a reputation for honesty. They are engaged in small businesses ranging from hardware and spare parts to large manufacturing industries. International commodities trading, information technology and fields of construction and infrastructure are also among those in which community members excel

The establishment of universities in the UAE has attracted a large number of youngsters from the community, who pursue graduate and postgraduate studies in Computer Technology, Aviation, Medical Sciences and Management across the seven emirates, particularly in campuses at Abu Dhabi, Sharjah and the Knowledge Village in Dubai.

Over the years, the Dawoodi Bohras have contributed to the growth of the UAE through dedicated participation and  involvement in activities that support government initiatives for socio-economic development.  In doing so they have earned a rank of respect for their peace-loving nature, patriotism, hard work and integrity. Add Your Heading Text Here عالمنا ، اهتمامنا  Our Planet, Our Responsibility!   Sustainability and preservation lie at the core of the Dawoodi Bohra ethos. By launching various proactive campaigns throughout the year, ranging from cleanliness drives, bird conservation programs to curbing food wastage, the community has always sought to advocate awareness & action when it comes to the environment.… As part of its continuous efforts to provide medical and health assistance to all, the Dawoodi Bohra community in the United Arab Emirates had launched a #RiseToVaccinate campaign in December 2020 to spread awareness and facilitate Covid-19 vaccination to all eligible residents and citizens. A team of Bohra doctors and experts was mobilized to educate and encourage people to come… Gulf News For the 13th consecutive year, community members in Dubai, as part of the Project Rise initiative, participated in the ‘Clean up the World’ campaign organised by the Dubai municipality to raise environmental awareness and inspire collective action. The drive was conducted around Al Mamzar beach as well as the Naif locality in Deira. Clean Up the World has… A Virtual Get-Together of Dawoodi Bohra Women Doctors of Dubai As part of its continuous efforts to provide medical and health assistance to all, the Dawoodi Bohra community in the Un

Gulf News For the 13th consecutive year, community members in Dubai, as part of the Project Rise initiative, participate In the spirit of tolerance and affection advocated by Vice President and Prime Minister of the UAE and Ruler of Dubai, H Gulf News In line with Ramadan’s values of giving and in support of the Year of Tolerance, the Bohra Islamic Community

Mumbai’s historic Bhendi Bazaar gets a face-lift for Rs4,000 crore 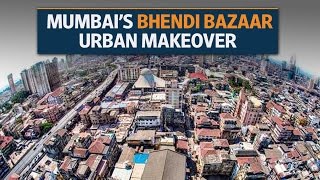 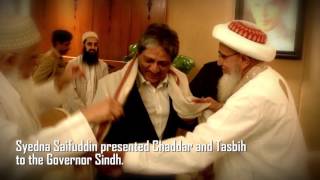 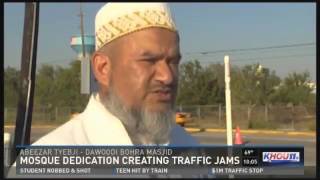 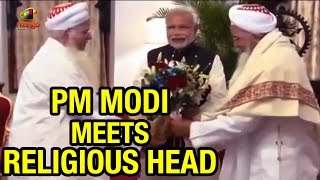 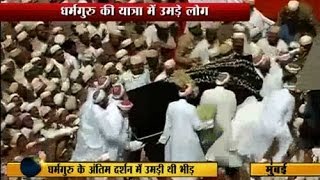 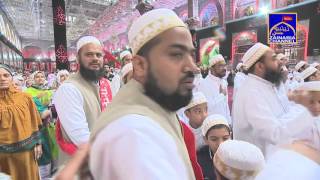 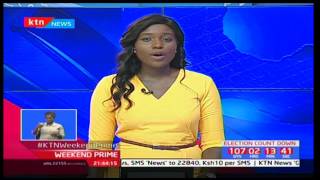 active
President Uhuru Kenyatta opens an Institution in Karen managed by the Dawoodi Bohra community
Away from the simmering political landscape, President Kenyatta took [...]
Away from the simmering political landscape, President Kenyatta took time today to open an Arabic academy complex in Karen Nairobi, an institution financed and managed by the Dawoodi Bohra community. In this event graced by Bohra spiritual leader, government officials and members of the diplomatic corps, the president hailed the Bohra community for being a true representation of what Islam is. Uhuru reiterated the importance of the different religions promoting peace and harmony. He welcomed the Bohra community to work with his government and the people of Kenya in developing the nation. The Dawoodi Bohra spiritual leader, Dr. Syedna Mufaddal Saifuddin was honored with the elder of golden heart (EGH) award for his role in promoting peace and development in Kenya and across the world.

KTN News is a leading 24-hour TV channel in Eastern Africa with its headquarters located along Mombasa Road, at Standard Group Centre. This is the most authoritative news channel in Kenya and beyond.Show More 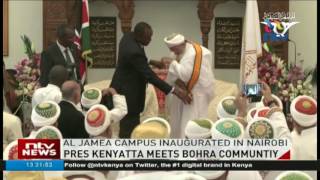 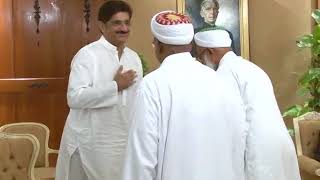 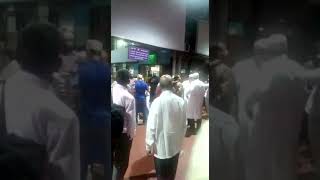 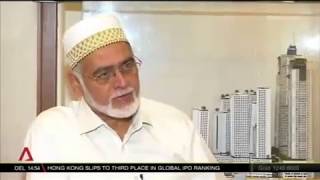